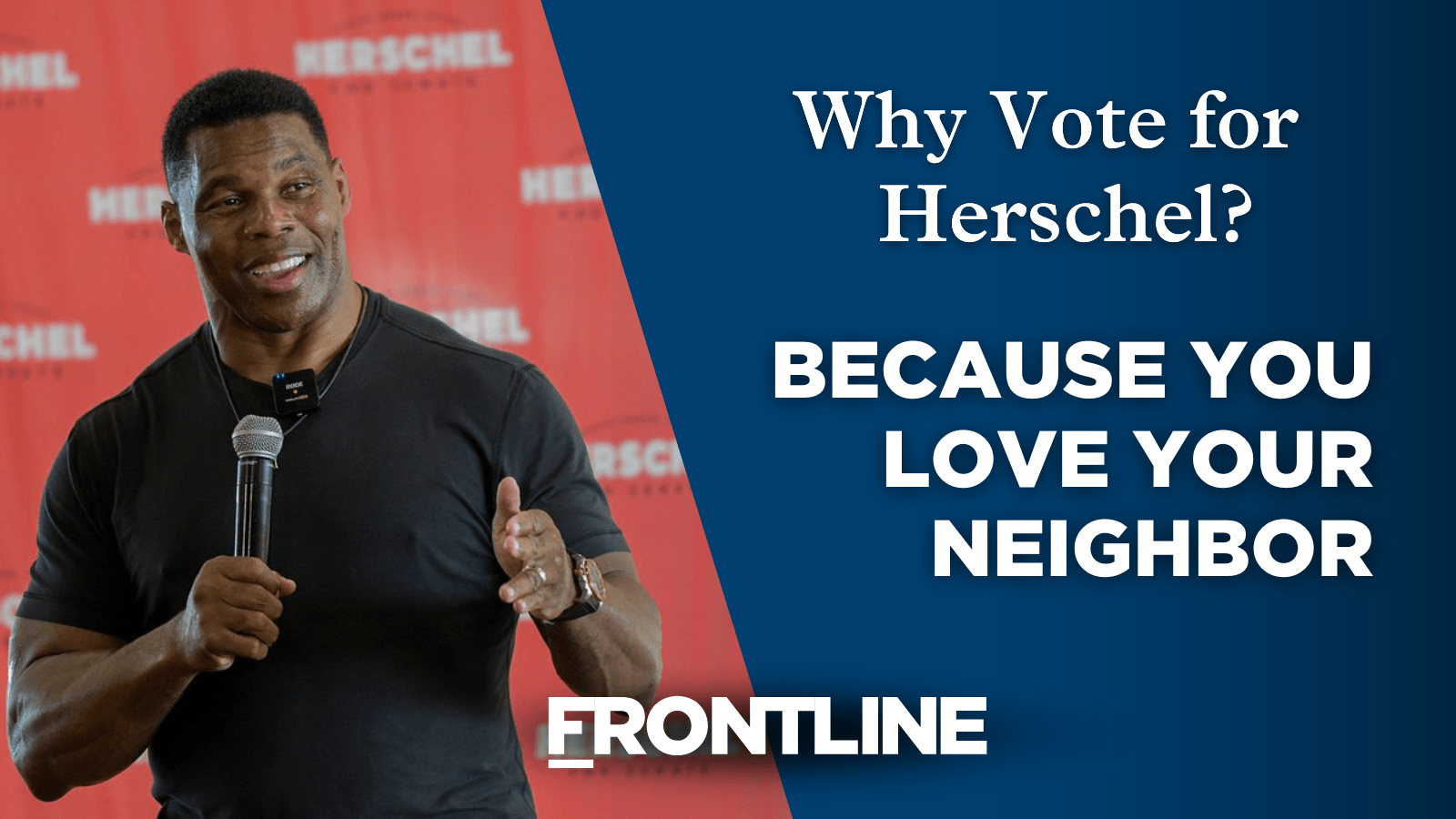 In recent days, I have declined numerous interview requests as reports have been made regarding Herschel Walker. So often, our reflex during a campaign is to make a political response, instead of a biblical one. Today, I want to share my thoughts.

I am voting for Herschel Walker because I love my neighbor, and he is running against a man that wants to harm my neighbor.

My neighbor is the child in the womb who feels pain and the one who survived an abortion – neither child Raphael Warnock believes is worth protecting.

My neighbor is the psychologically confused young boy that Raphael Warnock believes should be castrated and the hard-working young female athlete whose opportunities for championships and scholarships could be lost because Raphael Warnock wants her to compete with biological males.

My neighbor is the parent who wants their child educated, not indoctrinated, only to find that Raphael Warnock wants them sexualized, made to feel guilty for who they are, told to hate this country, and encouraged to deviate from their parents’ moral standards.

My neighbor is the congregant in Ebenezer Baptist Church whose pastor has failed them – failed to preach the Gospel, failed to live an upright life, and failed to steward their tithes and offerings.

I love my neighbor. Scripture tells me to do so. And it informs me that the policies voted for and supported by Raphael Warnock harms my neighbor’s family, their business, and their right to worship freely.

The policies and platform Herschel Walker is running on does good for my neighbor, and that makes the choice in this election clear.

We do not know all the facts. The media has worked over-time to malign Herschel Walker’s character while largely ignoring Raphael Warnock’s shady connections, alleged spousal abuse and manipulations, and self-enrichment.

At the same time, we do know – from his own words and from other sources – that much about Herschel Walker’s past is extremely problematic. We know that his public messaging has oscillated between political answers – such as accusing his opponents of “lying” even about things that may be true – and the more biblical one of a sinner saved by grace. We know that – even as he disputes certain allegations – his son, a major supporter of President Trump, has affirmed those allegations and talked about the damage Mr. Walker’s campaign has done to their family. Believing Mr. Walker’s first obligation being to his family, this is of concern.

Because I love my neighbor, I do not feel compelled to provide them with political spin. I will not excuse these actions or pretend it does not matter. I will not act like this is normal or ideal. I will hope that Herschel Walker’s messaging, tone, and heart focus on repentance and grace rather than denial, and I will point to the emphasis God places on the character of our leaders.

Many of these are reasons that Herschel Walker did not earn my vote in the primary. My vote for him and support for him this fall is not made less credible because I express concern, doubt, or wish a better option.

My support for him this fall is just as resolute – because I love my neighbor.

I do so in prayer for Herschel Walker – for his soul, for healing in his family, for any repenting he still has left to do, for his leadership, and for success in this campaign. I do so wishing I had an option to vote for a pro-life, pro-family candidate who met the qualifications laid out in 1 Timothy 3.

But, realizing that this election is a binary choice, and no such option is on the ballot, I will honor God with my vote by voting for Herschel Walker on November 8. 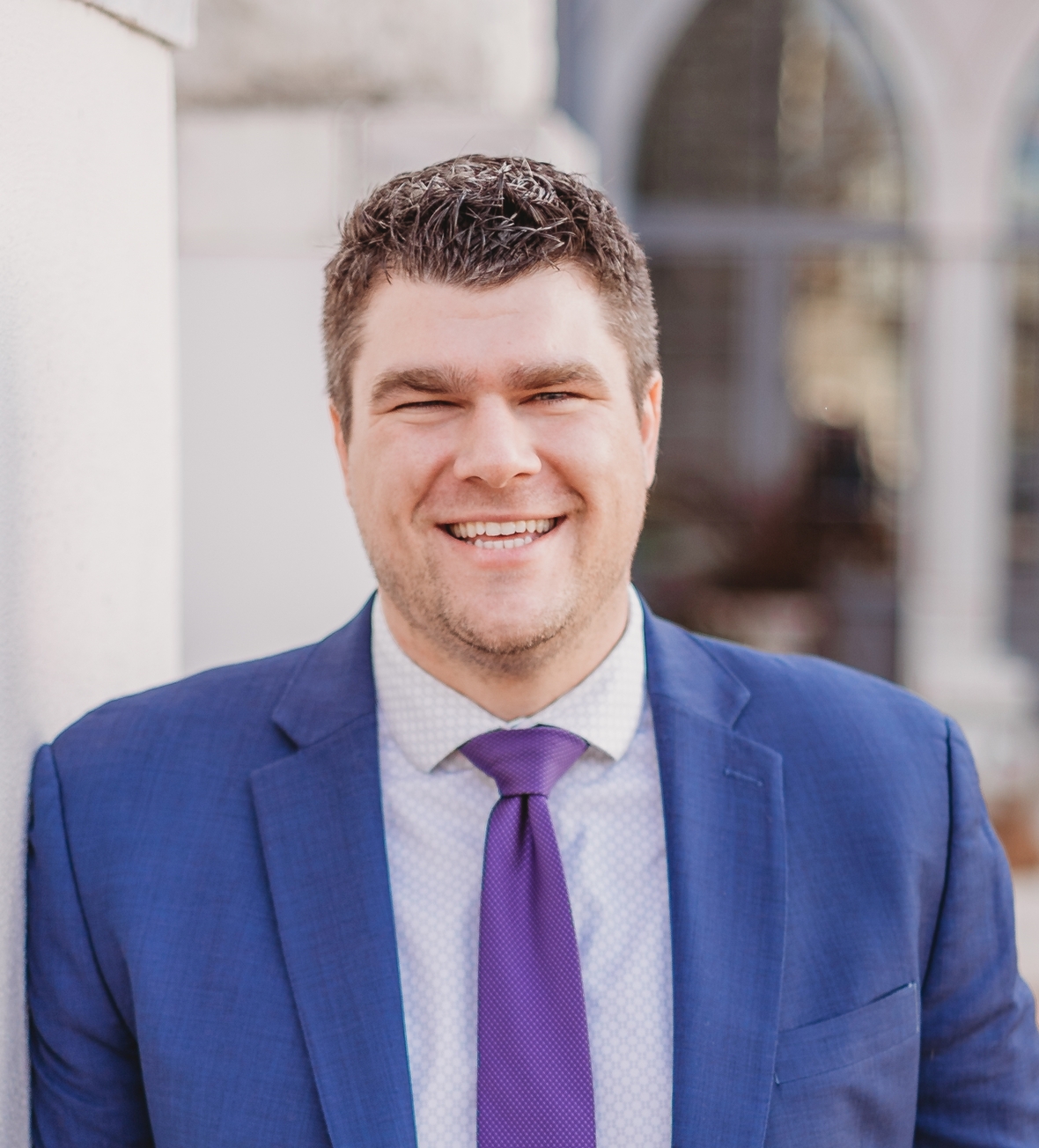